Jennifer Lopez and Constance Wu clock in as the stars in the money-hungry flex that is Hustlers. It’s part stripper saga, part recession drama, part crime and corruption fiasco, and it’s resoundingly great.

Based on true events, the story follows Destiny (Wu), an exotic dancer just trying to get by. Her fate changes when she meets Ramona (Lopez), a veteran of the game who takes Destiny under her wing (in this case under her fur coat) by showing her the ropes of the industry, and more importantly — how to take advantage of the rich and slimy Wall Street executives that populate their club. But when the 2008 financial crisis hits, Destiny and Ramona are forced to engage in more risky schemes, and the stakes certainly escalate.

Writer-director Lorene Scafaria adeptly stages the events with an intoxicating energy and a tight grip on the narrative’s thought-provoking themes of desperation and empowerment. It’s sly. It’s funny. It’s serious. It’s dark. And it’s surprisingly affecting. The remarkably well-shot and well-lit film swings and spins around an entangled web of danger while shining a spotlight on society’s skewed ideas of capitalism and the American Dream, as well as exposing the pitfalls of greed and fraud. Things get dicey, things get ugly, and things get real. With plenty of style and attitude and moments that thrill, the film showcases a series of Goodfellas-esque montages that are backed by a bumping soundtrack.

And for as much as the film is about the act of working as a stripper, it’s also just as much about friendship and motherhood and economic troubles. Constance Wu is impressive as the story’s central character, and rap stars Cardi B and Lizzo round out the supporting cast in smaller yet entertaining roles. But the main event here is Jennifer Lopez. It’s the best performance of her career. From the moment she’s introduced during a dance to “Criminal” by Fiona Apple she steals the show and completely owns the screen. Just her walking through a room is enough to command attention. It’s a flashy performance without ever being hammy or over-the-top. She naturally and confidentially embodies the character with depth, humanity, and relentless drive. She also delivers the film’s most powerful line: “This country is a strip club. You have people tossing the money and people doing the dance.” 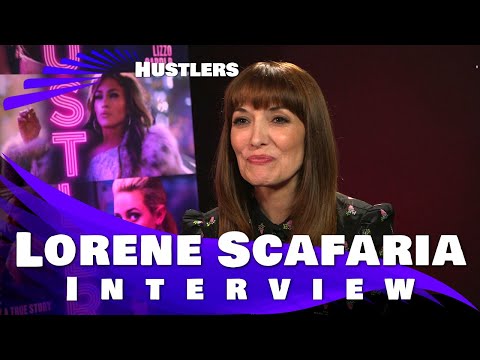